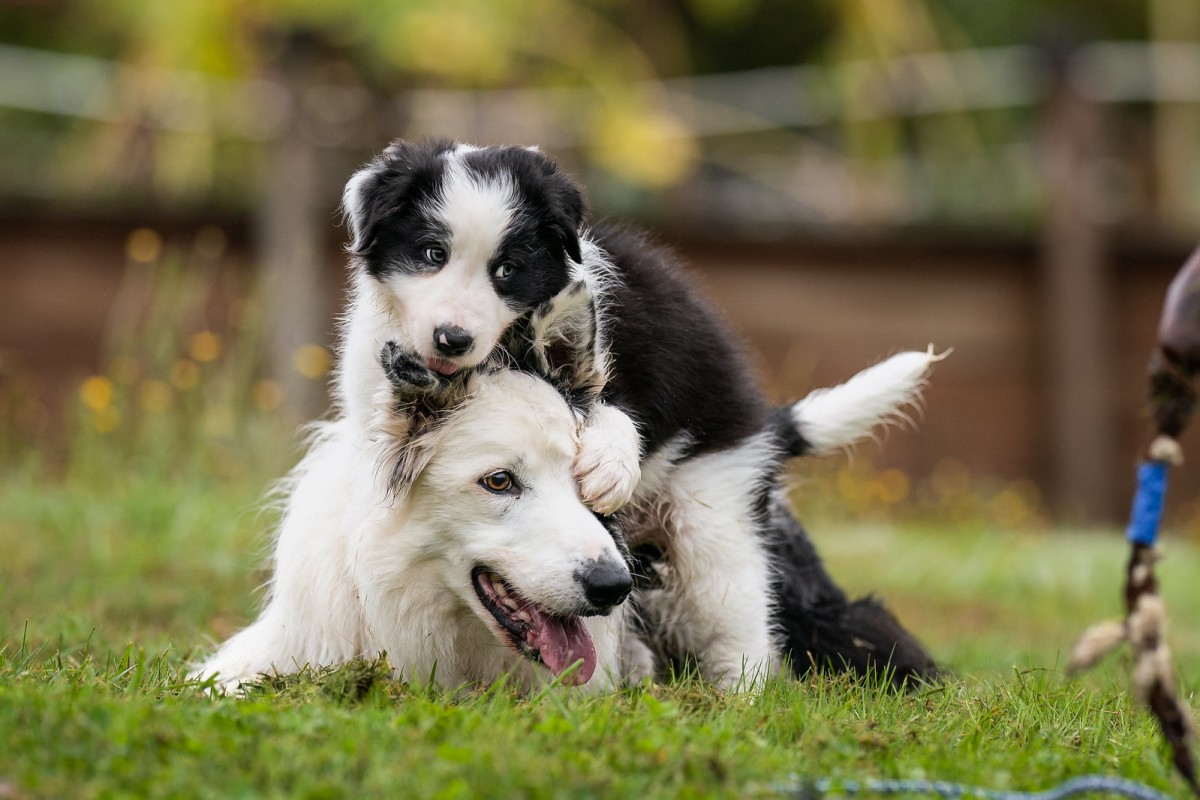 I really am having so much fun working with Asher, we both really enjoy working together! This week’s adventure was introducing whistles, which we just did on toys. First, the whistles that I could do so well sitting in front of my computer practicing were complete shit trying to do them while directing Asher at the same time. Which is why it’s even more impressive that Asher picked them almost immediately like some sort of bad whistle interpreting savant.

We started with just the down whistle a little last week, which I’m trying to be more clear with than I was with Navarre – which for him is just some sort of angry blat. I wanted to try for a much higher pitch with Asher and a nice trail off. This didn’t take long to train, I think the stop whistle in the easiest as it’s the simplest behavior and the first, so they can’t get it confused with anything else. However, then adding additional whistles is the hard part, or it SHOULD be. Haku never could do anything but the down as no matter what whistle you did he’d just hit the deck. Asher magically understood the walk up cue with no training whatsoever. I gave him his down whistle and then the very first time I demonstrated the walk up he just got up and started walking up to the toy. So, yeah, giant red headed whistle savant.

He also picked up the away whistle very quickly, and was quickly offering it with no other cues. The comebye whistle still needs some work, because I can’t seem to get it out correctly! I think he would do it just fine other than me sounding like a dying trombone. Today we mixed them up a bit and he could reliably do his away, stop and walk up all on whistles! Obviously a lot of work to do, and he doesn’t stop nearly as quickly with the stop whistle as he does with a verbal down. He had a great time though, I think he misses working sheep!

Agility-wise we worked on some simple jumping exercises and I was mostly happy with what he was doing. Some grids and set point progressions and no particular issues. We also moved up to 12 inches with his Justine homework, which I thought was going to be a bit of a disaster, but he surprised me. Backsides and threadles are difficult jumping efforts and I think he only knocked one bar for everything we were working on. He looked so THOUGHTFUL. Huh. What he couldn’t do well was a simple collection to extension exercise, his jumping looked funky and no sign of collection at all. Hm.

As for the Justine exercises, he’s doing great with his beginning trained backside cues. Did some nice bypass work as well. These skills he seems to be picking up quickly. Almost caught up on the homework, we’ll hopefully finish our backlog next week. Everything seems to be going fairly smoothly so far, knock on wood. It feels easier with Asher than it did with Navarre at this stage, I think. It’s possible Asher might make a fun international dog. With Navarre I never feel like it’s his favorite course style, he enjoys more wide open straightforward stuff, so we never did as much. We’ll see what Asher thinks, but, so far, he’s really enjoying the exercises.

Our agility challenge this week was the dogwalk WITH A TUNNEL UNDERNEATH! Gasp! Asher thought that was just wrong, so it took three days to get him going across it with any sort of confidence. Knock on wood, he did finally seem to get past it, so hopefully there won’t be so much drama next time. The aframe he’s fine with a tunnel underneath, at least.

And we can sequence! I think once we finally were able to put some stuff together without him doing weirdo things he figured out what the point of agility was. Now he’s so excited to put things together and we did a little more sequencing and it was easy again! Whew, maybe he will get to be an agility dog after all, sometimes he goes on some weird tangents.

Which is right about on schedule, despite the fact that I started everything later with Asher, it’s funny how he ended up about the same amount of trained as my other dogs. I think for the most part all my dogs have been about the same place around 18 months. Been introduced to all the obstacles, able to get around some simple sequencing. What Asher hasn’t had is exposure to new environments and working with distraction, so I think that’s going to be a big hurdle for him. The other dogs seemed ready to go play at a trial about this age as they’d been out and about. Asher hasn’t even been to a trial environment since … January? I wish there were some workshops or seminars we could go to. Obviously we have so much to do, but I am enormously pleased with my puppy.

I can continue to trust my puppy picking skills. My favorite puppy from Dove’s current litter is Miles, has been from the start. If I were looking for a boy he definitely would have come home with me – and I think he agreed. He’ll have fun in California – though, to be fair, he’d probably have fun anywhere. That boy is a party! Luckily Dove only had the one girl, which is clearly Heidi’s puppy, as Navarre continues to have zero interest in Dove’s puppies. If he hates an unrelated puppy no one can say I didn’t try my best to get a puppy he’ll actually like this time. It was really hard with him so unhappy with Asher, and that was MONTHS of drama and angst around here. I don’t want to put him through that again. I don’t THINK a girl will have the same effect, though once the shine has worn off the temporary girls he’s never been huge fans of them. But he hasn’t HATED them like he did Asher, so hey.

This repeat breeding of Dove and Rooster are giant yet again – such substantial puppies! Sweeter than the last litter though, for whatever reason. Less visitors, more space, the effect of Heidi’s ridiculously sweet 91 year old mother raising them – maybe all of the above. Nice puppies though, was fun to watch them grow. Man are they grown and gone so soon though.

Though Asher still seems like a giant puppy, he’s been shoving the x-pen away and wiggling under it to get out into the yard unsupervised lately. Which I kind of let him do as a test, and I felt bad as we really haven’t been getting the action he’s accustomed to. Yeah, he totally failed that test. Started taking out trees and shrubs, digging holes to china – that puppy lost his yard privileges again.

Had some drama I forgot to mention a while back, Fizban has been acting a bit off. Not meeting me at the door when I come home, kind of being off by himself. But he was still eating and not doing anything too weird. Then he started throwing up with diarrhea. Which I attributed to when we weren’t getting any deliveries because of the smoke and I had to go get random cat food from the store. None of the cats liked that. But then when I got their normal food again he was still having an upset stomach, which isn’t like him. Finally he didn’t come out from under the bed for dinner and I freaked out. Naturally, this was Saturday night – but it doesn’t matter, it’s impossible to get into vets right now.

So off we went into the emergency vet – I’m not screwing around with 2020. I figured at almost midnight it wouldn’t be too bad – nope, it was a madhouse! So after a 6 hour wait and expensive work up, nothing found, bloodwork looked fine – antibiotics and sent him on his way. And, yes, within 24 hours he was fine, and has been fine since. Which I’m thankful for, and, to be fair, Fizzy is almost … 8? Has had about zero health problems, he’s due. I just want to get through 2020 without any more serious health issues, so this is fine. NON serious health issues are okay.

Put another offer on a house, didn’t get it – I’m getting pretty good at not getting houses at this point, I don’t even remember what number this is – 5 or 6? If the universe decides it’s not a wise choice to move, I’ll listen, but it never hurts to try. Me and everyone else in the world, apparently. Might go look at another one this weekend. I’m a sucker, apparently.

Finally broke out Haku’s ramp for getting into the car – and he was like, ‘FINALLY, what were you waiting for?’ I don’t know why I thought he might get weirded out with it or just try to jump past it – but he loves that thing. Physically he can still jump into the car, but his lack of depth perception and some misses rattled his confidence, so he’s much happier with the ramp.

And I’m much happier now that Fall is SLOWLY arriving. It was still like 80 degrees earlier in the week, and much warmer than is normal for this time of year – but you can feel it, Fall has arrived. Hopefully by next week we won’t see any more warm temps until next July. Bring on the rain! We already are doing so much more, we’re all happier.

I am continuing to drag my feet on finding new hiking areas, I hate having to scope out new places, dealing with possible other people and dogs and dangerous areas. Sigh. SIGH. So miss my hiking spot. SIGH. Heather doesn’t deal well with change, and that was such the highlight of our week. I’m sure there must be other good places for us though.

And we’ll get back to some herding this weekend, which I imagine will be a total disaster. We did play a little on Heidi’s babydoll sheep when we were visiting the puppies. Good lord, those are cranky sheep and my dogs have no ability to move sheep that don’t want to be moved. And once we finally did get them out of the corner (with the assistance of a grain pan!) the dogs were so fricken high they were being so obnoxious with them. Navarre more than Asher, of course! Asher first trial is getting close (assuming he got in), I’m not feeling terribly confident at this point! 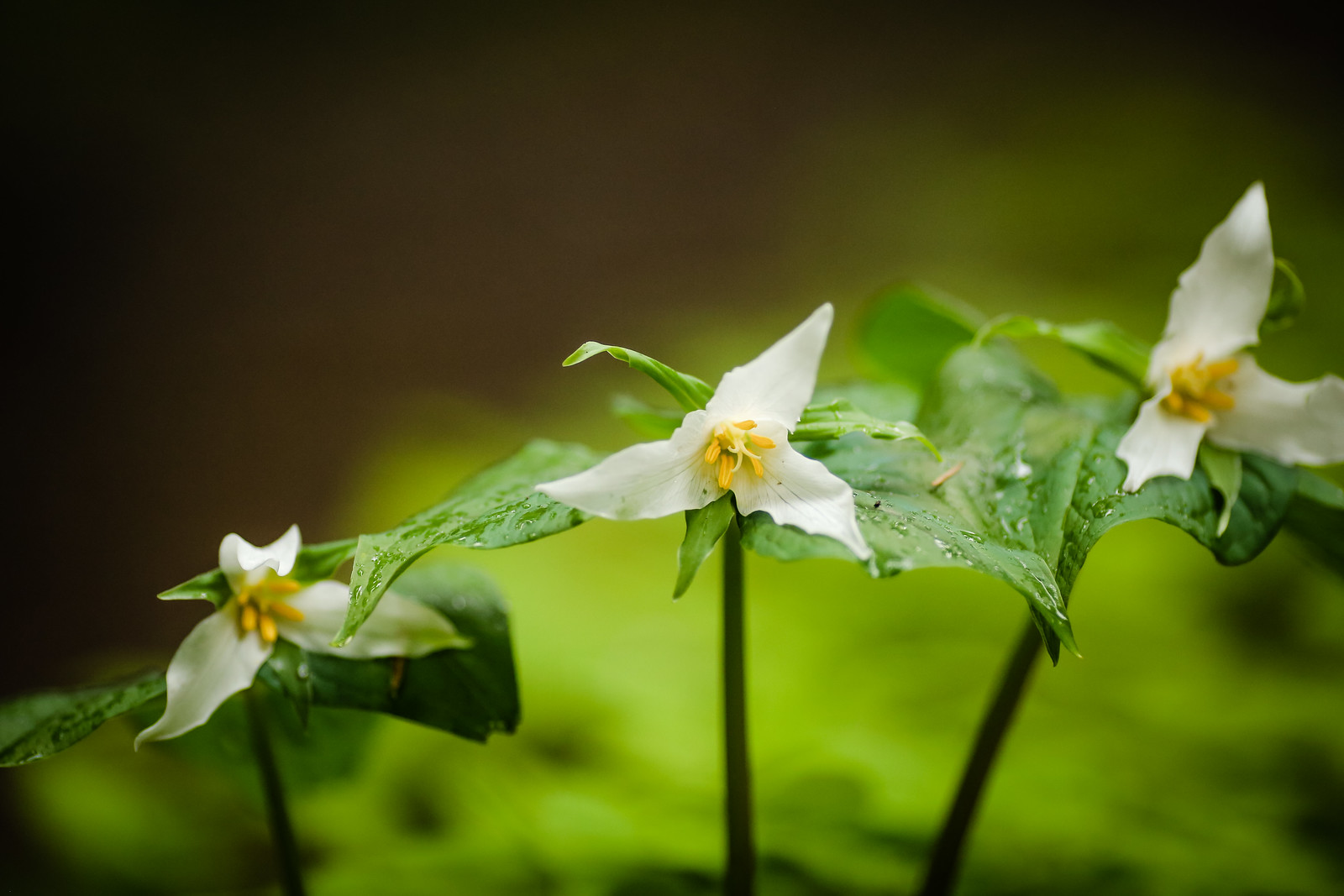